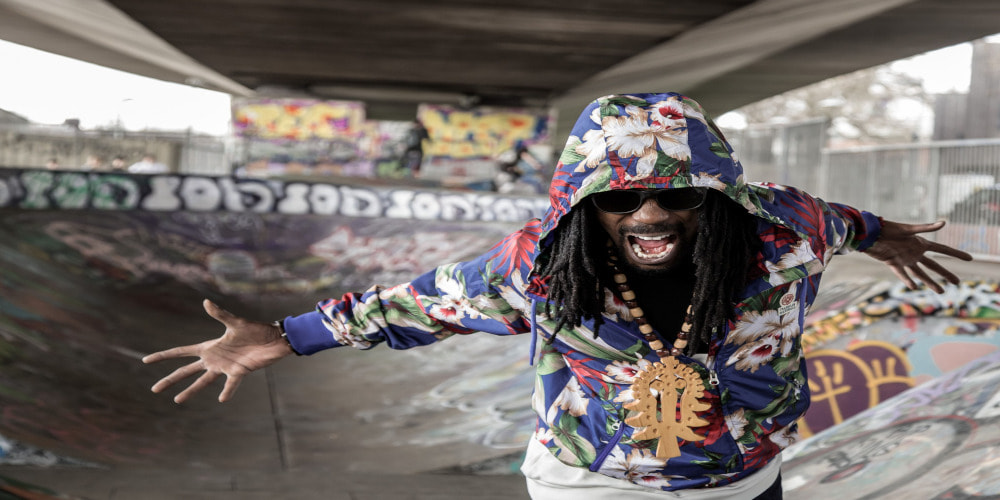 General Levy was born in central Middlesex Hospital in Park Royal, London on 28 April 1971. He is of Trinidadian descent. Levy's formative years were spent in Harlesden and Wembley in the London Borough of Brent in northwest London. Levy's musical influence was developed in the area, collecting dancehall tapes, beginning in 1981. At the age of 12, General Levy began writing lyrics and went on to form his first sound system two years later with his friends named Third Dimension.Levy then went on to work with one of the biggest independent reggae labels Fashion Records who alongside their in house producer Gussie P unleashed a string of underground dancehall fillers such as ‘Original Length and Strength’, ‘Heat’, ‘Breeze’, ‘The Wig’ and ‘Champagne Body’. He released his first album for Gussie P, entitled Double Trouble in 1992 which was a collaboration with Jamaican superstar Capleton which confirmed Levy’s arrival on the international reggae circuit.General Levy’s collaboration with M-Beat‘Incredible’ is one of the biggest songs in Jungle music &remains a Jungle anthem."Incredible" was featured in the film Ali G Indahouse, and as a TV advertising campaign by Honda.General Levy briefly collaborated with Rocco Barker of Flesh for Lulu in the band The Space Police. Levy also featured on the song "Only God Can Judge Me" byR&B singer Mark Morrison.He collaborated with Madness singer Suggs on his 1998 album "The Three Pyramids Club", on the track"Girl".Levy featured on many sound systems in the late 1980s and early 1990s, such as Java One love and Tippertone Sound.His collaborations with dub producer Joe Ariwa appear on several releases including "In the Ghetto" and "Be Conscious & Wise: Dub Showcase".In 2018, he collaborated with artists such as Chase & Status, Fedde Le Grand and Spragga Benz.