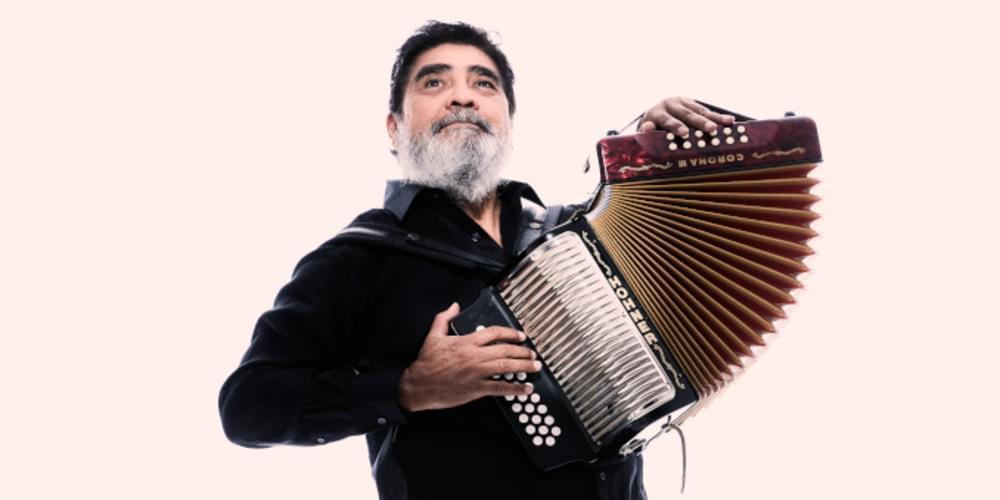 Celso Piña bought his first accordion in 1980 and started his self-learning journey into the world of vallenato music, with long hours of rehersal, trial and error, in his modest house at “La Colonia Independencia" (Mexico). In this area, it´s where the “cumbia colombiana” started to rise, generating underground hits, like the very well known cumbia “Mi Colonia Independencia”.

In the mid 80s, Celso was playing mostly “Cumbia Tropical”, but after listening to the Colombian cumbia pioneers, Anibal Velasquez and @Alfredo Gutierrez during a popular local dance, He got inspired, and decided to enter fully into the Vallenato music world, so he formed his own band, with brothers and friends, wich they called “Celso Piña Y Su Ronda Bogotá”.

Cumbia has it’s origins in Colombia’s African and indigenous populations, but it has spread to be one of the most universal Latin American genres. Celso Piña is a pioneer in mixing or blending sounds of tropical base, combined with all kind of popular genres from norteño to sonidero, Ska, Reggae just to mention some. For this reason he’s considered one of the best musicians from Mexico and Latin America.

Piña began playing side by side with his brothers Eduardo, Rubén, and Enrique, together, they serenade the neighborhood with musical covers from colombia and a few songs of their own, and after a lot of years of Celso´s self-taught accordion playing, he came to a style of his own. From his early beginnings with several important Cumbias like, “La cumbia de la paz”, “El Tren”and “Como El Viento”, to his very famous version of “La piragua” (José Barros), he started to make some noise in the local scene.

During the first half of this decade, Celso began to show his music around the world, with the "Cumbia por el mundo" tour he has performed in more than 20 countries like: Colombia, Spain, United States, Canada, Denmark, Belgium, France, Netherlands, Czech Republic, Germany, Sweden, Poland, Italy, Argentina, Chile, Nicaragua, Perú, Morocco, among others.

Throughout his 35 years of career, he has recorded over 30 studio albums.