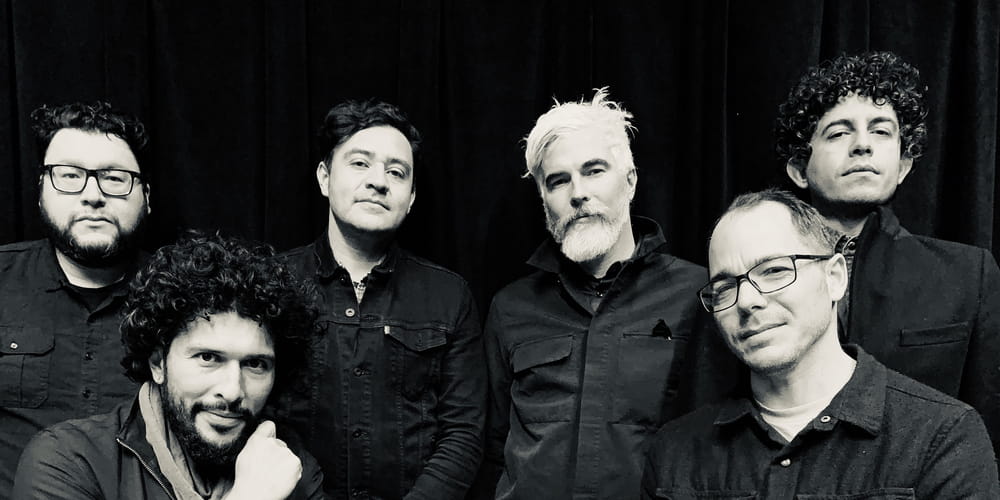 Sergio Mendoza (a longtime member of Calexico) grew up on both sides of the US/Mexican frontier. On the band’s 3rd album, “Curandero,” his musical melding of that experience explodes from the speakers. Boogaloo, Cumbia, Ranchera & Rock’n’Roll.

Mendoza was born in Nogales, Arizona (USA) but grew up across the border in Nogales, Sonora (Mexico). Rock arrived in his life after he moved back to the US, when he was still a young child. Inevitably, the different styles simply blended in his mind and fit together in his life.

“Yeah, I’m definitely a Rock’n’Roll fan,” he says, “but it’s in my DNA to have Mexican and South American styles in my music. In my head, though, Orkesta Mendoza is definitely a rock band.” That deep love of rock crosses time as well as space. “Eres Oficial,” for instance, looks back to the 1950s to evoke the ghost of Buddy Holly in its insistent guitar chords, and the production that puts an emphasis on the drumbeat. The song’s catchy; it sticks in in the brain, with a classic, spare feel.Border music without borders!